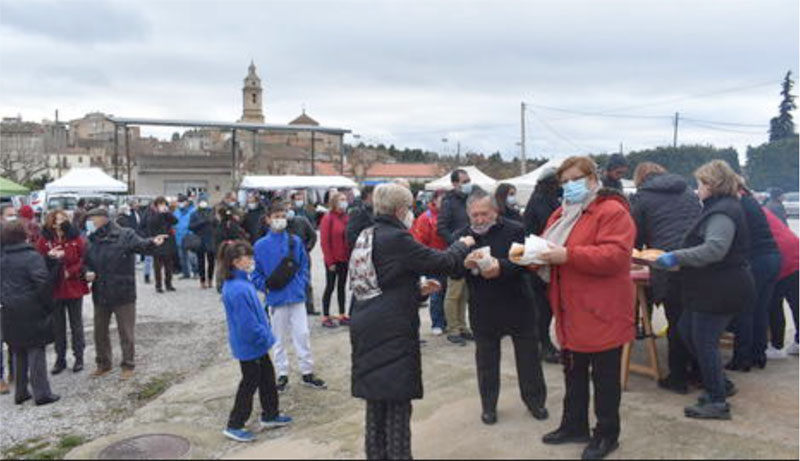 At the VII Oleotextil Fair, at which the John-Fil cooperative sold its jumpers 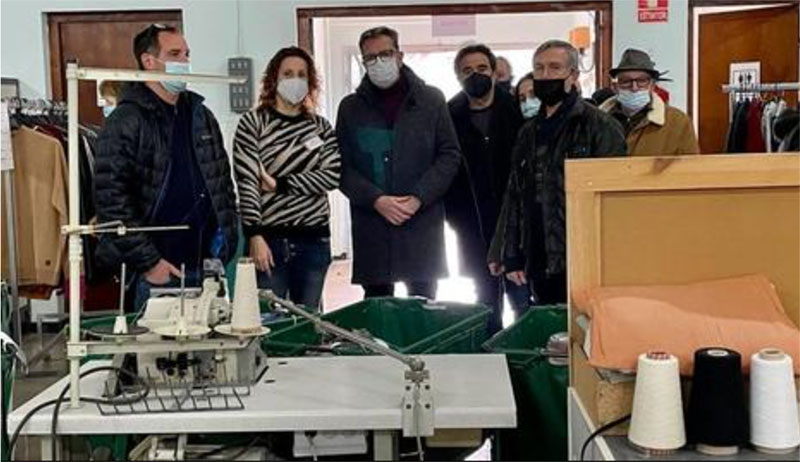 Talarn visits the facilities of the John-Fill Cooperative. SEGRE Newspaper

The seventh edition of the Oleotextil Fair in Espluga Calba yesterday received some 800 visitors and sold 2,500 litres of oil, according to the mayor, Josep Cunillera. The president of the Provincial Council, Joan Talarn, was in charge of inaugurating the event, which was suspended last year as a result of the Covid pandemic. He recalled that the fair is possible thanks to the union of the agricultural cooperative, which sold the first green oil, and the textile cooperative, with 51 years of experience in the manufacture of jumpers.

The John-Fil cooperative sells STJOR brand knitwear, with designs by the TV personality Òscar Dalmau at discounted prices. It has around thirty members and the production of its own clothing line accounts for 20% of its turnover. The rest comes from manufacturing for other companies.

The day began with a popular lunch followed by a performance by local giants. In the morning it was possible to visit the Molí Vell and the agro-shop. There you could buy Spelunca oil, which has won several awards, and there were tastings of other varieties.

From 11 a.m. to 2.30 p.m., the textile cooperative sold jumpers of its brand and also organised free visits to the castle. The collective and cooperative effort has served to promote local products that have been an engine of wealth and commercial development and attraction and loyalty of people in the territory”. Cervià celebrated the Oil Festival on Monday, as did Granadella, Maials, Arbeca, Castelldans, Belianes, Torms and Soleràs. This Sunday it is the turn of Pobla de Cérvoles, while the 59th edition of the Garrigues de les Borges Olive Oil Fair will be held from 21st to 23rd January next year.

Sale of unfiltered oil to the Cooperative of L’Espluga Calba.
OMELETTE CAKE