The Regulatory Council of the Protected Designation of Origin (PDO) of Les Garrigues guarantees, controls and certifies the quality of the oil that comes from the regions of Les Garrigues, L’Urgell Sud and El Segriá Sud. This is an area with an extremely harsh climate, both in winter and summer, which is ideal for growing arbequina olive trees.

The oil from the Espluga Calba cooperative is subjected to rigorous controls, both in production and processing, to guarantee the maximum quality and origin of an oil of worldwide recognition such as Les Garrigues extra virgin olive oil.

The arbequina olive variety has spread to many places, but it has its origin in Catalonia. This variety stands out for its fruity taste, during the tasting of this oil you can detect flavours that resemble those of apple, tomato, banana and, especially, its almond flavour. 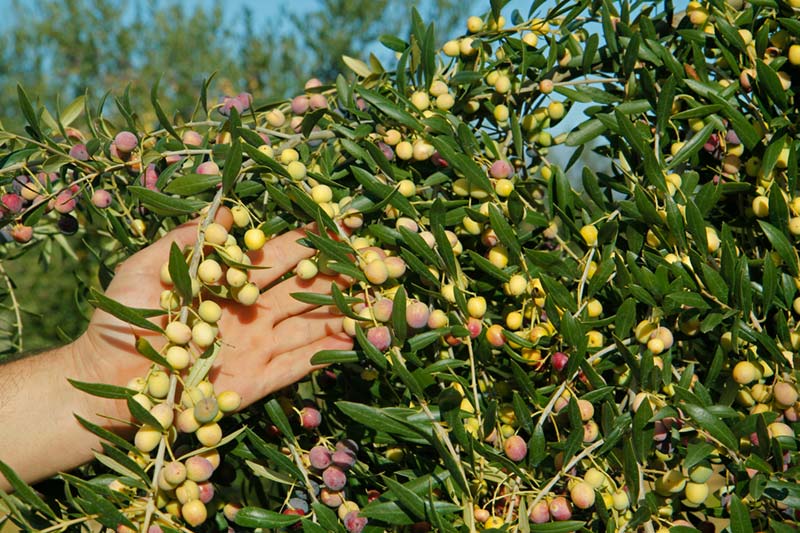 Arbequina extra virgin olive oil is sweet, with low pungency and bitterness, fruity aroma and mild flavour, so it will not change the taste of food, ideal as a substitute for butter in pastries, mayonnaise, creams and cold soups.

This food is part of the Mediterranean culture, and the olive oil from L’Espluga Calba with designation of origin Les Garrigues is produced with great dedication in private oil mills or agricultural cooperatives, with great effort and in search of excellence, its flavour being a gift for the senses.

Cultivation is carried out all year round by local farmers in order to obtain the best fruit, with a view to a quality harvest, reaching its point of ripeness between November and February, always respecting the environment.

The quality of this oil is due not only to the Arbequina variety, which is very recognisable due to its small size compared to other types of olives, but also to the good practices that are present from the field to its production, under the best conditions, resulting in an oil with the magnificent characteristics of this olive tree. 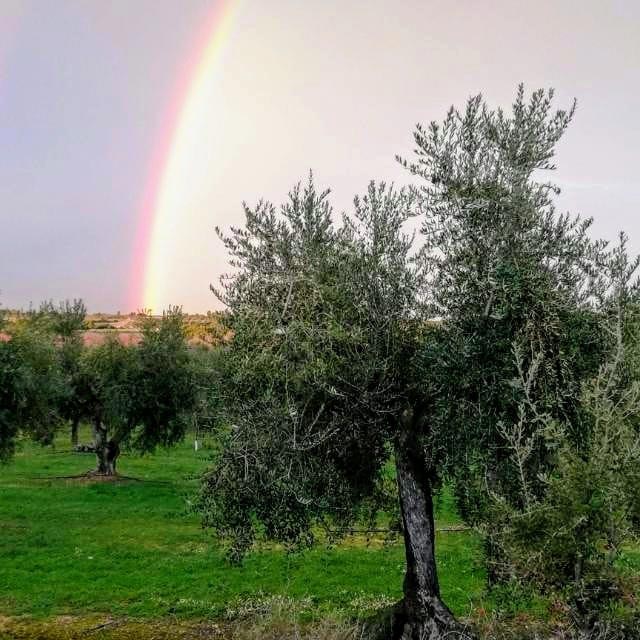 The speciality of Spelunca Premium oil is the result of attention to detail, starting with selecting the best olives from each tree at the peak of ripeness and pressing them with the utmost care and diligence.

This oil, like everything produced by the Espluga Calba Cooperative, is included in the Denomination of Origin Las Garrigues, which every harvest renews its confidence in our production, guaranteeing and certifying with its seal that it has passed all the quality controls.

This high quality oil is made from 100% Arbequina olives, harvested daily by hand, at their optimum point of ripeness in the Espluga Calba Cooperative. They are brought to the cooperative by the farmer himself without intermediaries and the oil is produced in the traditional way by the pressing system, which guarantees the preservation of the natural biological and organoleptic properties, with the quality of the freshly harvested olives.

It is bottled in dark glass so that light does not alter the taste or any of its extraordinary properties.

It has greenish tones at the beginning of the campaign and as the olives ripen it takes on a more golden colour. The first oil to be produced is the fruity one, with greener tones, with body and flavour with grassy connotations, with a taste of green almonds and a wild touch of forest.

If we want to achieve health benefits, we must consume extra virgin olive oil, because, from the point of view of its properties, refined oil is not the same.

The oleic acid in olive oil is monounsaturated, which makes it more resistant to oxidation, making it different from other fats and seed oils.

The organoleptic characteristics of extra virgin olive oil give it its nutritional importance, especially its carotenoids and its lycopene content, which are antioxidants, triterpenic diols, which have anti-inflammatory and vasodilator action, sterols and phytosterols, which give it lipid-lowering properties.

Its benefits are complemented by the large amount of vitamin E present in the olive oil, which is a powerful antioxidant, and some phenolic compounds, which are responsible for the characteristic aroma and flavour of this oil. Let’s take a closer look at some of the benefits of extra virgin arbequina olive oil.

The Mediterranean diet and the consumption of extra virgin olive oil reduces the risk of suffering cardiovascular accidents by more than 30%, as scientific evidence shows, thanks to its vasodilator and anti-inflammatory effect, in a natural way and without the side effects of some drugs.

Olive oil, with its monounsaturated oleic acid, is the only fat that lowers total cholesterol because it is rich in antioxidants, preventing oxidation of fats in the arteries, especially low-density lipoprotein, thus preventing the formation of so-called arterial plaque, which obstructs blood circulation, while increasing levels of HDL or “good” cholesterol.

Reduces the risk of cancer

Vitamin E, vitamin A precursors, oleic acid and phenolic compounds present in arbequina extra virgin olive oil combat oxidative stress in cells, thus slowing down the disease and reducing the risk of cancer.there is a low prevalence of various types of cancer, such as breast or colon cancer, in Mediterranean countries, which is why special attention is paid to the diet that characterises them, and one nutrient in common is olive oil.

It has been shown that low-fat diets create imbalance in the body and are easily abandoned, while a diet based on balanced food and including olive oil does not cause weight gain and reduces waist circumference, which is a cardiovascular risk factor.

Regular consumption of arbequina extra virgin olive oil, between 2 to 6 tablespoons a day, improves the absorption of nutrients such as calcium and has a preventive power against diseases such as osteoporosis and arthritis.

It is the best oil for cooking

An olive oil with a fruity and somewhat bitter flavour, such as Les Garrigues arbequina extra virgin olive oil, enhances the flavour of food, both when consumed raw as a dressing and when subjected to high temperatures, making it one of the most resistant oils.