The elaboration of the oil

Our oil is made 100% with Arbequina olives, collected daily by hand directly from the tree, at its optimum ripening point. They are brought to the cooperative by the farmer himself without intermediaries and the oil is traditionally made by the pressing system, which guarantees the conservation of both biological and organoleptic natural properties, with the quality of the freshly harvested olives.

The oil has green tones at the beginning of the season and as the olive matures it takes on a more golden color. The first oil that is made is the fruit, of greener tones, with body and flavor with connotations of grass, with taste of green almonds and a wild touch to forest. Then, as the campaign progresses, the oil turns golden and sweeter, taking on a ripe aftertaste and aroma of ripe fruit, retaining a slightly bitter and spicy touch at the end. The low acidity of this oil, between 0.08 and 0.12 makes it recognized for its excellence by the most demanding gourmets and is considered among the best oils in the world, and has been awarded by the D.O. Les Garrigues for its quality and has won awards at the Extra Virgin Quality Oil Fair in Les Garrigues in 2007 and 2009, in the category of sweet green fruit. The Denomination of Origin Les Garrigues renews each harvest its confidence in our production, guaranteeing and certifying with its seal that it has passed all the quality controls.

Extra virgin olive oil is an exceptional and basic nutrient in the traditional Mediterranean diet, essential for a healthy and balanced diet, because in addition to having vitamins A, D and K, it is especially rich in vitamin E, of effects antioxidants and regenerators of cell membranes. It also has many therapeutic indications applied externally in massages and ointments with protective effects on the skin and healing on wounds and ulcers. It is protective of the digestive tract, decreasing gastric acidity, stimulates bone mineralization and calcium loss. It helps to lower blood pressure, regulate cholesterol and clean the arteries and is especially recommended by dietitians in children’s, athletes ’and seniors’ diets.

Not only restaurateurs, gourmets and specialists know how to appreciate this “liquid gold”. The sensation it leaves on the palate is intense, full-bodied, as it is the juice of a natural fruit, the Arbequina olive. Enjoying a slice of toast with a good drizzle of our oil is in itself a delight for gourmets.

It is especially suitable for raw consumption, so we will appreciate its aromas and properties 100%. In salads, allioli, bread with tomato, romescos and all kinds of sauces is ideal. Also in fried it is a good option, because it grows in the pan and withstands very high temperatures without degrading. 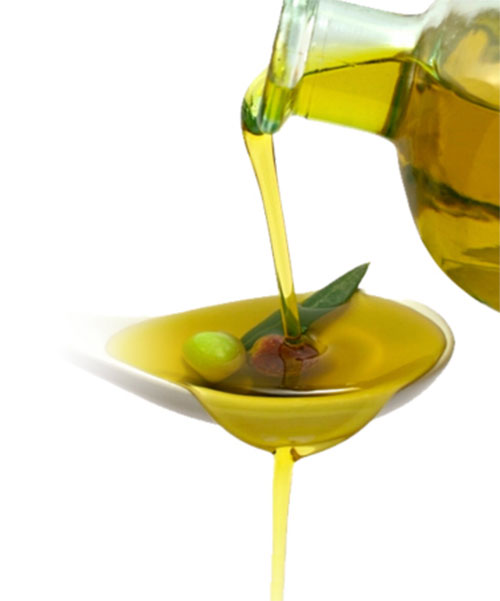